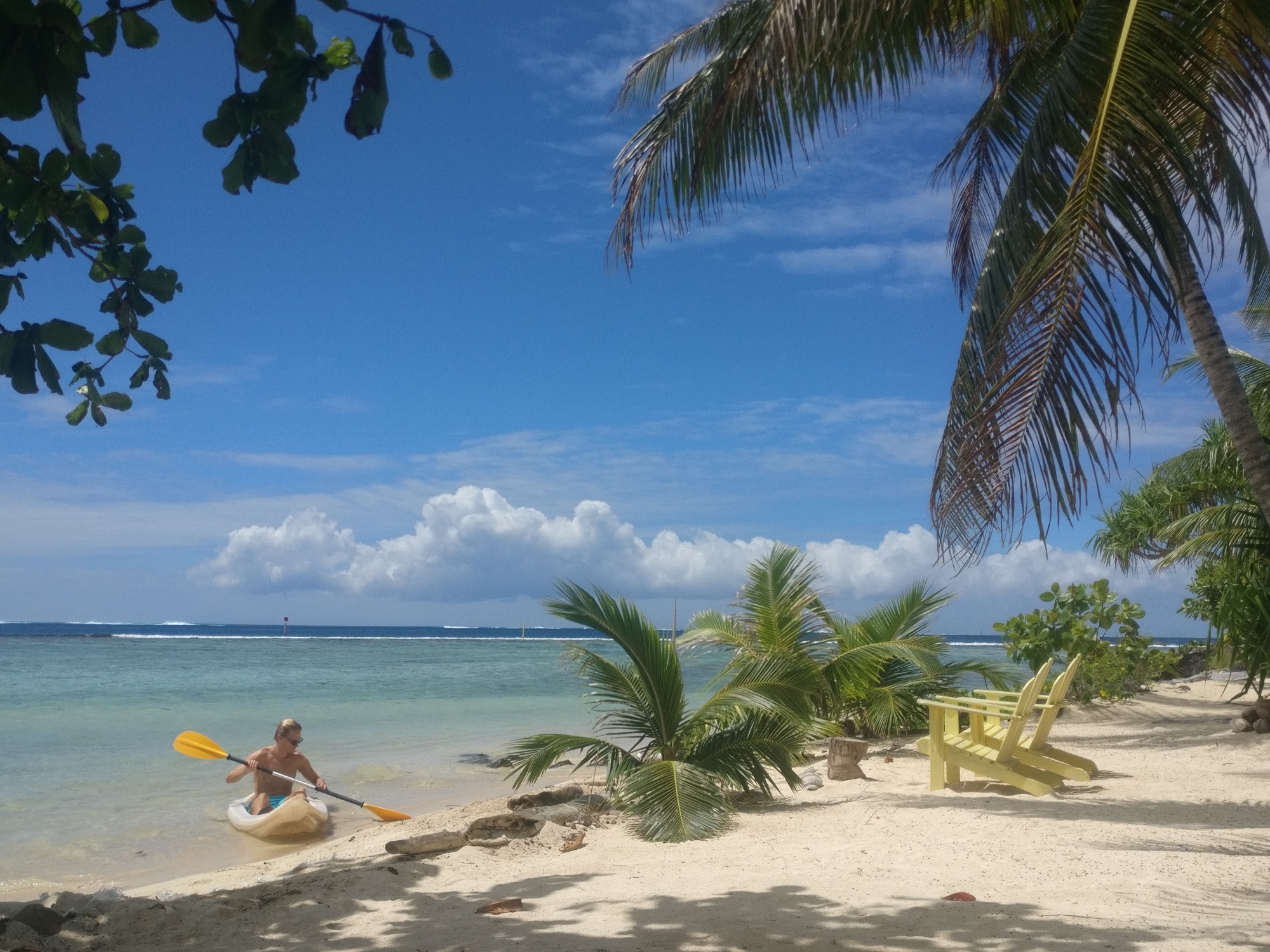 We arrived in Mo’orea with the last ferry of the day, a half hour trip from Papeete. We hopped in the bus, and were at our accomodation quite quickly.

The next morning, Jenk went for a canoe ride from our accomodation’s beach to the island across from us. This is where the Lagoonarium is located, which has the best reef of Mo’orea.

In the afternoon, we rented a scooter to tour around the island. First stop: Temea beach!

The beach at Temea is the best of the island (in our opinion). Plus you can snorkel here.

We then drove on to Cook’s bay, before heading inland to see the many pineapple plantations.

As we drove up the hill towards Belvedere viewpoint, we passed several ancient temples.

The views from Belvedere were stunning! The number of mosquitos as well unfortunately…

We went on to Sunset beach for a short swim, but weren’t too impressed. So we drove on to the Cultural Village, and stopped there to see the sunset. The calm sea and the views were amazing. 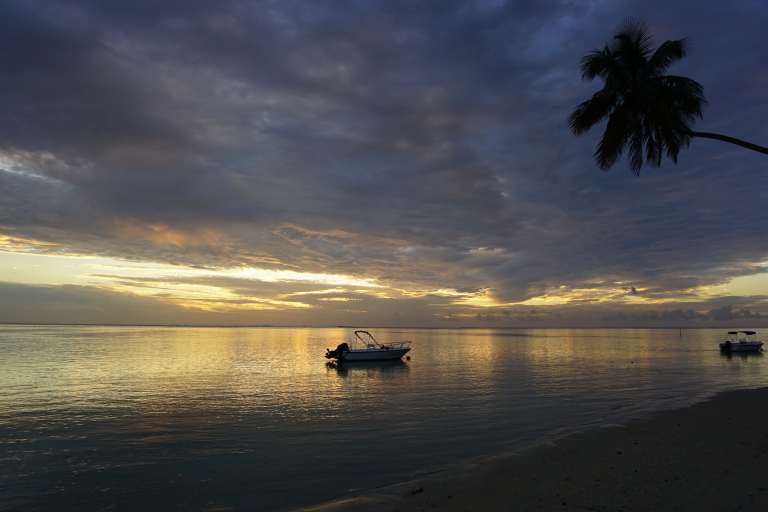 As we rented the scooter for 24 hours, we drove back to Temea beach the next morning. Some sun and salt in our hair were called for. We even got a curious visitor!

The afternoon was spent snorkeling in front of our accomodation (saw 3 turtles!), and with laundry duty.

Our last day in Mo’orea arrived, and we decided to go next door to the Lagoonarium. It’s quite pricey as you pay around 40 dollars to be able to snorkel Mo’orea’s best reef.

But once we were there, we realized why. There are lots of fish, rays and sharks, attracted by the strong currents bringing in nutrients from the ocean. We played with stingrays, saw black-tip sharks up close, and lots of other interesting stuff.

The Lagoonarium feeds the animals twice daily, and when this happens, a feeding frenzy follows.

After the first feeding was over, we went to discover the reef.

Soon, it was time for the second feeding. There were many more sharks this time. We counted a total of 16 at one time.

Just as we got out of the water exhausted, they threw the remaining food in the shallows with us. The sharks and rays went nuts.

One shark was so hungry, he thought our GoPro was food, and decided to test it. Fortunately, the GoPro survived without a scratch.

On that high note, we left the Lagoonarium behind. We took the ferry back to Papeete to catch the flight to our next destination: New Zealand!